The Yucatán region of Mexico is one of adaptation. It is home to a culture of people who—despite a remote location and a devastating disease that ravaged their population—resisted the Spanish for years. In fact, these people used that very same remoteness and ability to survive to absorb the influences of the cultures that passed through, culminating in a cuisine that blends aspects of Caribbean, Dutch, Lebanese, Spanish, and ancient Maya recipes.

These days, you are just as likely to find Dutch Edam cheese being used to stuff peppers in the Yucatán as you are to find more traditional Mexican fare, such as tamales and recados from across the country. But despite the range of influences that have been passed down over the generations, one ancient cooking technique boasts center stage in Yucatecan cuisine: pibil, a combination of spice rub and pit smoke that historically served as the Maya people’s primary means of preserving meat that would otherwise spoil in the tropical climate.

And let’s face it: Who doesn’t love a good barbecue?

At the core of any good pibil recipe are four ingredients: achiote, citrus, habaneros, and plenty of smoke. But while habaneros are considered by many to be the main star in the Yucatecan theater show, there’s a range of flavors that would be impossible to achieve if it weren’t for the mouth-watering (and puckering) acidity of Seville oranges. Look deep enough, and you’ll find this fruit in nearly every corner of Yucatecan cooking, from chile tamulado (raw habanero and sour orange juice served up in a purée; good with any style of eggs + beans + tortillas), to tamales colados (a personal favorite), to a simple vinegar-like liquid whose acidity serves as both a preservative and a flavoring. 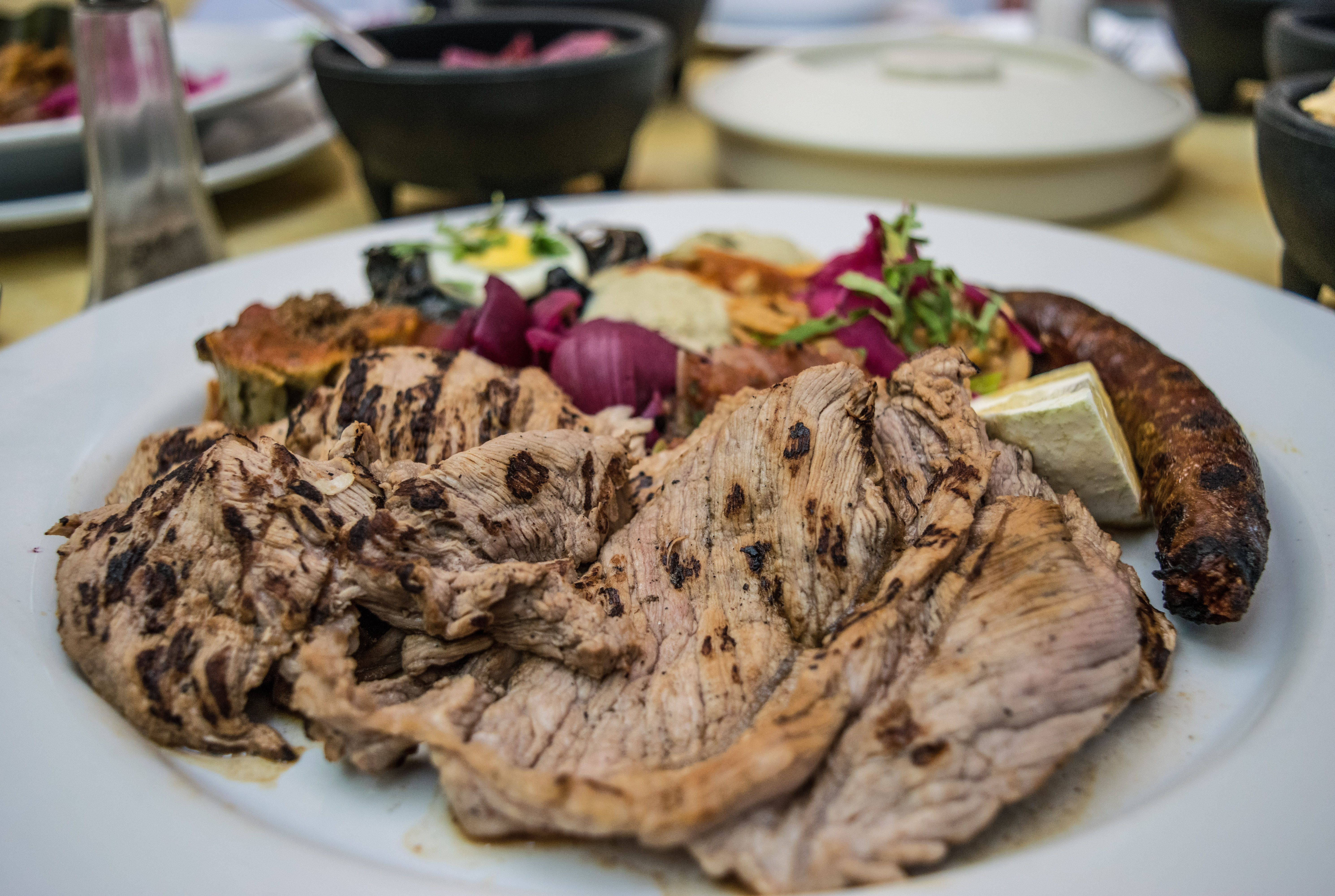 The true secret to pibil, however, is achiote. A mild and earthy spice with just a hint of bitterness, achiote is traditionally crushed and mixed with liquid, causing the pod’s oily red seeds to form a sticky, red-orange paste. This is, single-handedly, the most prominent of the Yucatecan spices, and one of the only ones that is regularly exported. It has a full range of uses, from rubs, to thickeners, to flavor bases. Without achiote, none of the more famous dishes in the pibil family would be possible.

The traditional Maya diet was largely vegetarian (like those of most pre-Columbian Mesoamerican cultures), supplemented with wild boar. These days there are plenty of other meats available: Fish, chicken and turkey often show up in some pibil form or another. And some components of that once-primarily-vegetarian diet still remain: black and espelones beans served alongside nearly every dish, plus chayote, zucchini, tomatoes, and greens such as banana leaves. Then there’s chaya, an essential leafy green found at the core of many Maya recipes. It’s a Swiss chard-like vegetable packed with iron and other essential nutrients. In the days when Maya diets were mostly meat-free, chaya was a staple. While today it’s not served as often, you can still find it served regularly with eggs, brewed as a tea, blended into juices, or incorporated into various antojitos.

In the more remote regions of the Yucatán you’ll find pibil being made with a variety of local wildlife, such as venado (deer) and even armadillo. In the majority of the restaurants where travelers find themselves, however, the main course is usually some form of suckling pig, otherwise known as cochinita pibil, with secondary options such as chicken, fish, turkey and quail.

Pibil is not the only traditional means of preservation handed down over the centuries. Salting meats has been a tradition around the globe, and the Yucatán is no exception, with its own version known as poc’chuc—typically brined pork cutlets cooked over a wood wire. However, you’ll be hard-pressed to visit a restaurant specializing in Yucatán cuisine and not find some version of food cooked with a mixture of achiote, habaneros, and sour oranges.

The love of citrus is so strong that it’s not limited to pibil recipes. You’ll find citrus fruits in a whole array of marinades, from ceviche to pulpo en escabeche. And if you go far enough down the line of citrus-inspired dishes, you’ll find sopa de lima, a chicken soup that features lime juice as its predominant ingredient. It’s a mouth-puckering delicacy that has become a regular at our house: My wife Cris loves making it, and I love eating it, especially with crunchy tortilla strips floating on the surface! 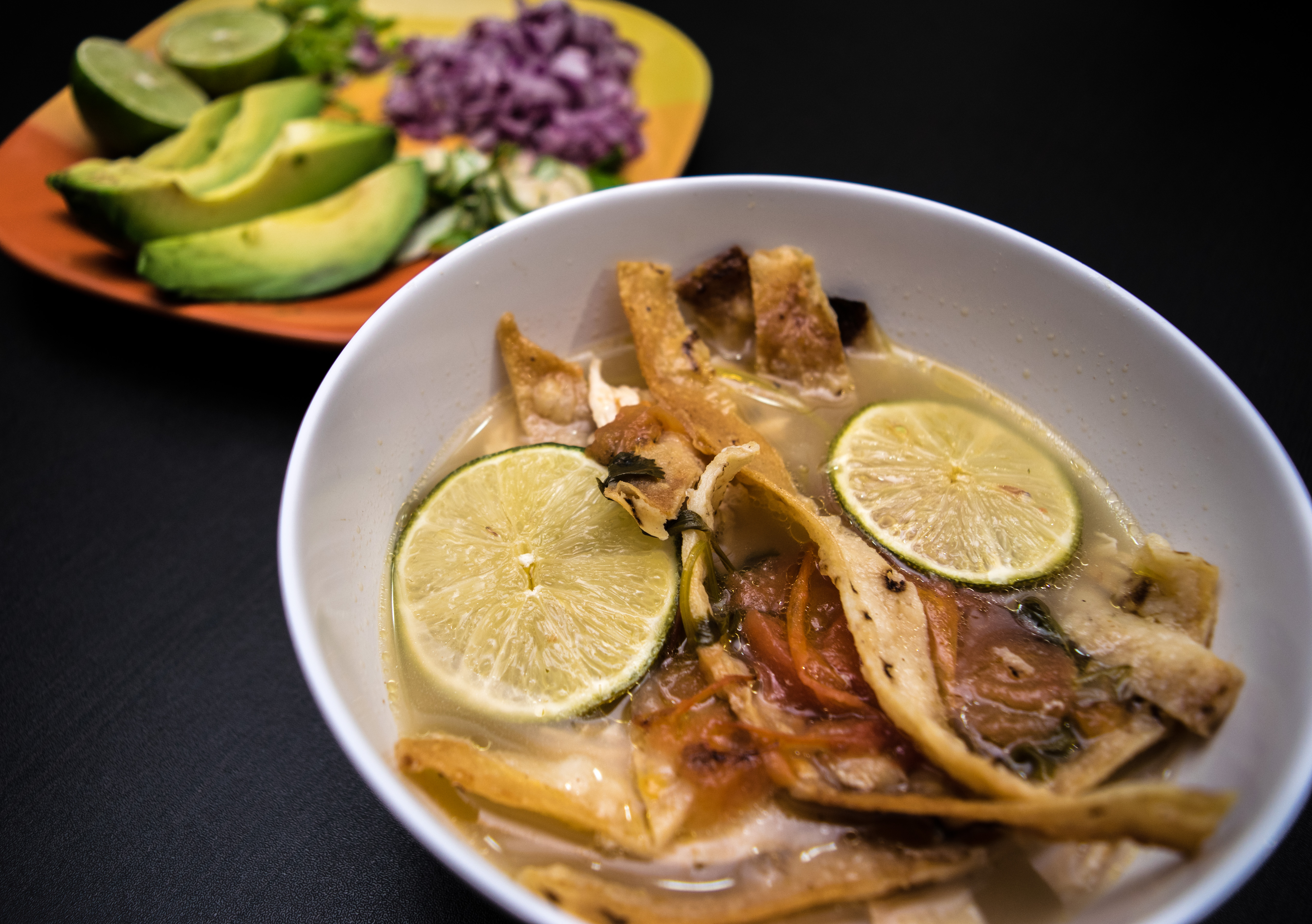 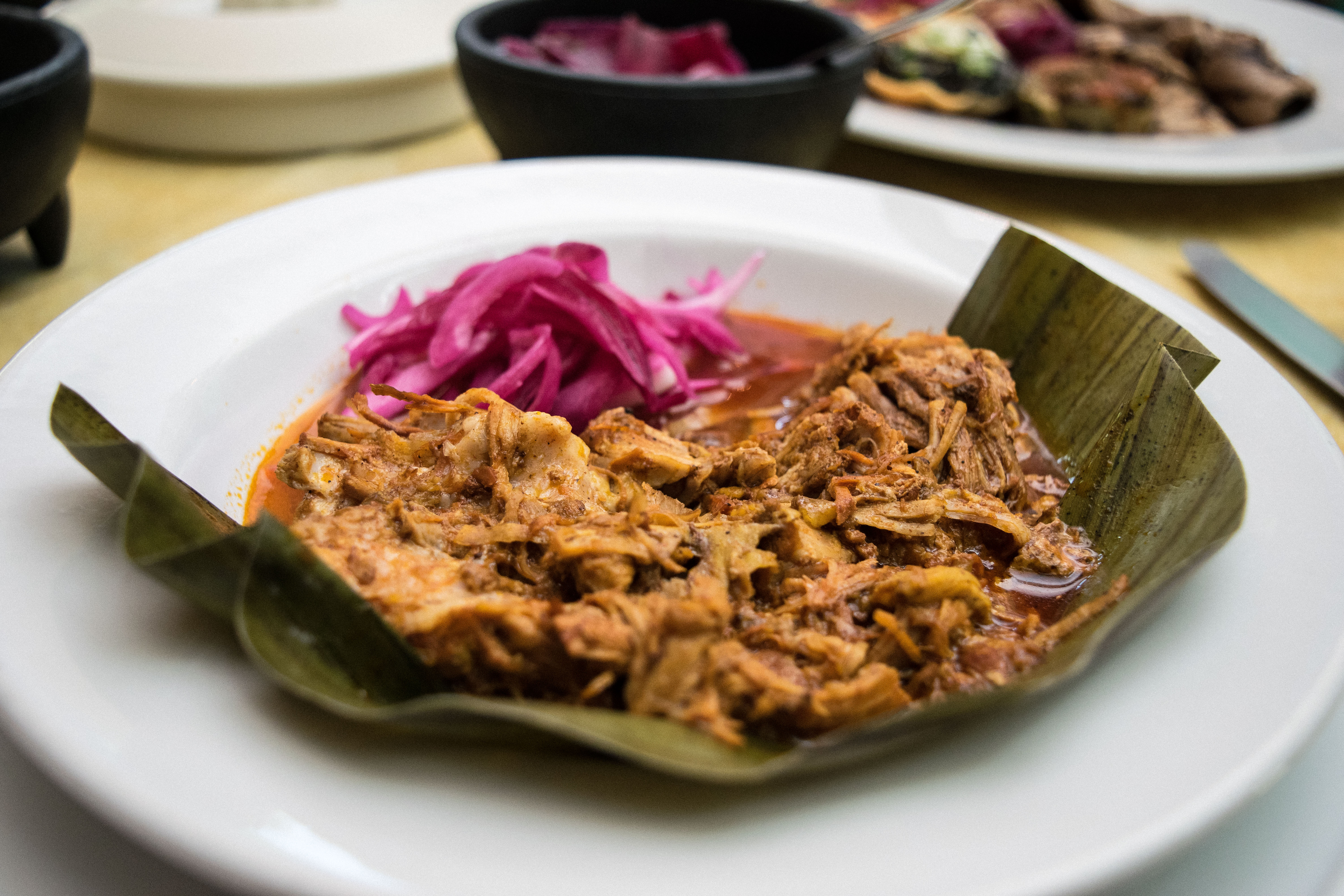 While pibil makes up the core of Yucatán cuisine, I would be remiss if I did not mention tamales. Tamales have long been considered an essential Yucatán staple, and are one of Mexico’s most ancient foods, with a history dating back to 8,000 BC!

Tamales are usually made from masa, then wrapped in dried horn husks and steamed. In the Yucatán they are primarily steamed within fresh, aromatic banana leaves. The most famous of the Yucatán style are known as tamales colados. These are made from a strained dough that is incredibly smooth, then mixed with a gravy filling that creates a soft, delicate tamale unlike any other in Mexico. Diana Kennedy likened it to British pudding in her book, The Art of Mexican Cooking.

But the other, harder-to-find-outside-of-major-restaurants style of tamale is known as the dzotobichay. This smaller tamale is made from lard, seasoned with achiote and habanero, and then mixed with masa, filled with pumpkin seeds, and wrapped in chaya leaves. Typically served with tomato and onion sauce, dzotobichays are rarely found outside of traditional Maya communities. There’s also papadzules, which are tortillas filled with hard-boiled eggs and then smothered in a tomato sauce that is first fried in a mixture of oil, epazote broth, and shimmering squash seed oil.

But why just talk about tamales when you can eat tamales?! We had the chance to visit the annual tamale festival in Cancun and diligently gorged ourselves on the local offerings, as you’ll see in the video below. The things we suffer through, in the name of culinary research! Maybe next year, we’ll go on the hunt for a pibil festival.

P.S. you can watch me ooh and ahh over the colado starting around the 1:15 mark; I have a weak spot for those bad boys! But watch the whole video to see the full range of tamales that you can find throughout the region. We barely scratched the surface with the seven we sampled!

Hungry for more? Create a custom journey through the Yucatán with Off the Beaten Path, or check out the other destinations on our list of family trips for foodies.

Tim Anderson is an author, consultant, public speaker, travel expert, and game designer. He is the founder of Marginal Boundaries, and has worked with hundreds of tourism boards and companies within the travel industry on blogger residencies, press trips, consultations, photo shoots, video projects, long-term social media management and campaign development, and bespoke content of all types within the new media realm. He is also the founder and creative director of Stormhaven Studios, the company behind the Saga of Lucimia MMORPG.